What is PHP programming?

What is PHP programming?

Often in the world of web development, the question arises why use PHP instead of JavaScript? The answer lies in the fact that JavaScript runs on the client (e.g., your browser), whereas PHP runs on your server generating HTML code sent to the client.

If you are wondering what else PHP is used for, you should know that there are three more main fields:

PHP is not the best solution if you want to create desktop applications. You could combine PHP with another programming language and use the strength of both so that you can write desktop applications with PHP. If a small script performs some simple functions, just install PHP on your desktop and run it directly or through crontab or task manager.

Many tasks need to be run on the backend on the server environment.

Most of these types of tasks can take several minutes to many hours.

One of the interesting things we can do when talking about Command-line scripting with PHP is to develop codes for mass email sending to all subscribers. We can do this through normal web scripting. However, this would only work well when there are several hundred subscribers. If there are several thousand subscribers, this is not the solution because each server has limitations. The script would only have a few minutes to execute and in most cases much less than that. The web server will then terminate the script. The maximum execution time will be set to 30 seconds ( one minute max ) and may vary depending on the server settings. Unlike web scripts, Command line scripts don’t have any maximum execution time limit, and they can run as long as they can unless the server shuts down.

Although many will agree that PHP is not the best programming language, it should be mentioned that PHP is used by 82.0% of all websites whose server-side programming, and the main reason is that PHP was built as a web language. There is no need to do any web bootstrapping in your PHP code. PHP is easy to learn and write.

Since PHP is a dynamically typed language, it is also very flexible. There are no rules on how to build functions, so developers have enough room for innovation.

PHP is an open-source web language; hence it is completely free. PHP also allows tags, so website developers can add and/or mix HTML tags, making the content extremely dynamic. PHP as a programming language offers many resources, such as commands, functions, and codes, which can be easily rewritten.

One of the basic and biggest problems with the PHP programming language is the division of resources between processes. This problem of resource allocation means that in this way, the use of resources is accelerated, i.e., RAM, CPU, and I / O connections. Imagine having 50 requests processed at the same time, which is the equivalent of 50 running processes. If we use the same variable, the amount of RAM used will be 50 times, and the number of DB connections must be 50 connections simultaneously. This is completely different from programming languages ​​such as Node JS, .Net, JAVA, etc.

Due to PHP’s disadvantage, the programming language is challenging to scale the system.

Another problem is seen by many as an advantage, and that is flexibility. PHP as a programming language is extremely flexible and allows the programmer to reach the goal in many ways. That’s good, but it’s not good either. We feel that the PHP language’s excessive flexibility is not good because the PHP language is extremely easy to learn. This means that many people can learn the PHP programming language in a relatively short time, but then the question arises, how well and in detail, someone has learned the PHP programming language? It often happens that the code is very messy and difficult to understand, which greatly complicates the process of analyzing existing codes if you get the job to review a certain PHP code that you did not write yourself. PHP also has too many external libraries,

The third problem with the PHP programming language is that it depends too much on an extension. Processing support from the PHP core is limited. As a result, PHP must rely on external libraries.

You can learn more about the history of PHP here.

If you need to hire senior PHP developers for your projects feel free to contact us and visit our PHP development service page. 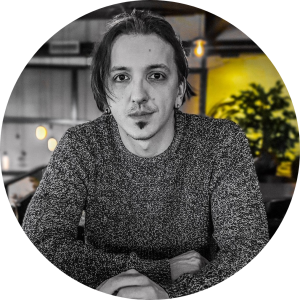 Nenad is a Full Stack Digital Marketer with over 5 years of experience in various fields of digital marketing, data analysis, and SEO optimization.

For over 10 years, Guaranteed Software has been providing reliable development services to many clients.